Home to world famous Panama canal which connects the Pacific and Atlantic Oceans, Panama is the geographical point where North America meets South America.  Panama” means “abundance of fish”. Panama is also infamous as a tax haven. The Panama Canal, a famous feat of human engineering, cuts through its center, linking the Atlantic and Pacific oceans to create an essential shipping route. The Canal is 48 miles long, took 17 years to make  and had enough rock and rubble to circle the earth four times.  Away from the commerce and concrete of the canal, the country is teeming with rain forests, beaches, indigenous people and colonial history. Panama is a tropical country and as result of its hot weather it has abundant wildlife, lush jungles, many water sports and activities that visitors to Panama can enjoy. The country boasts coastlines on both the Pacific Ocean and the Caribbean Sea, so it’s not surprising most Panama holidays include some form of seaside entertainment. With outstanding beaches all over the country, it’s easy to find an ideal spot to swim, snorkel, dive, fish, sail, or simply kick back on the sand with a few cold drinks.

Average temperatures in Panama vary barely at all. Considering humidity, temperatures feel hot all year with a low chance of precipitation most of the year. Hottest months are April, March, and May. The lowest chance of rain or snow occurs around late January and early February.  The interesting mix of history, geography, and biology make Panama a place to visit at least once.

Best things to do in Panama: The night sky lighting up Panama city

The Capital of the country, Panama City, is a modern metropolis featuring a skyline which is very similar to that of Manhattan. Panama City is a city of easy cosmopolitan living, a delightful combination of the historic and the modern, the international and the Latino.  The capital, Panama City, is the largest city in the country and is filled with attractions.famous Casco Viejo Neighborhood has houses with framed balconies, brick streets, and quiet plazas of the historic district.  Casco Viejo has a European vibe and has ancient churches, monasteries and other buildings from colonial past.

Here are the top tourist attractions in Panama that are well-worth visiting.

Obviously it is the most famous sight in Panama. The Panama Canal has played a hugely important role in connecting the Caribbean and Pacific more than 100 years ago. Visitors can take partial or complete crossing of the canal which takes four to eight hours.The construction itself was a huge feat of engineering for the time. The French initially began work on the canal in 1881, but had to stop largely due to high laborer mortality rate from widespread outbreaks of ailments like malaria. The United States resumed construction in 1904. Finished in 1914, the Panama Canal from one side of the isthmus to the other, spanning 48 miles (77 km) from Panama City to Colón. It is still in use today, and you can watch as enormous ships move across. 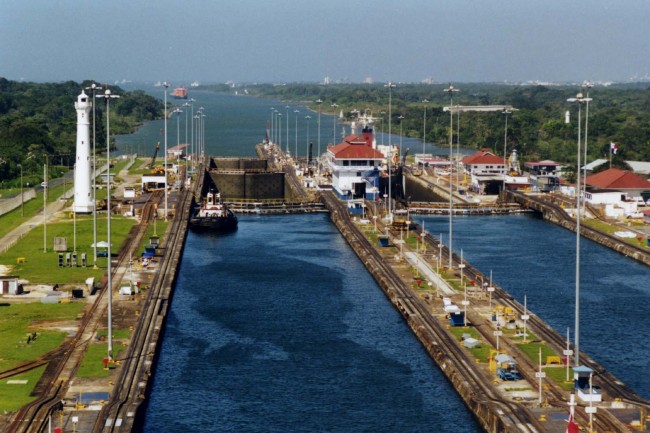 Visitors can go to the Miraflores Canal Visitor Center to find out details about the project, the difficulties that were faced, and the obstacles the canal overcame. The exhibits, interactive displays, and movie are a fun and educational way for visitors of all ages to explore.  To delve a bit deeper into the history of the canal, head over to Miraflores Visitor Center. There’s a four-story museum, and it offers a close-up view of the Miraflores locks as well a chance to see the ships as they cruise by. Late afternoon is the best time to catch all the action on the water. Plus, many of the exhibits are interactive, which makes this a great place to take the kids. The museum is affordable, with all-inclusive tickets priced under $15, and they offer information in both Spanish and English. For those interested in the Panama Canal, the Miraflores Visitor Center is a must-see. From the restaurant located at the top floor of the museum, visitors can watch transiting vessels in the canal below. Visit after 2 PM to enhance chances of seeing ships crossing into the canal. No visit to Panama is complete without getting to know the visitor center at the Miraflores Locks, on the Pacific side of the canal.

At 199 meters of height, the top of Ancón Hill is Panama City’s highest point. During the Panama Canal’s US administration, this was one of its most important areas, hosting both the Panama Canal Administration Building and the Governor’s House. In 1914, the first ship to officially cross the Canal, the SS Ancon, took its name from the hill. Nowadays, the hill is one of the most beautiful neighborhoods of the city, in part because it’s a nature reserve, where it’s fairly common to see wild fauna. Some of the best views of Panama City are to be found at the top of Ancón Hill. Get some exercise and treat yourself to an astounding bird-eye’s view of historic Casco Viejo, modern Panama City and the workings of the Panama Canal by climbing to the top of this hill in the former American Canal Zone. The hill includes the highest point in Panama City. The Ancon Hill reserve is a 654-foot-high foothill that was once used as an administration site for the Panama Canal. Amazing views of the past, present and future—nature for free. The undeveloped hill is the highest point in Panama City and offers amazing panoramic views of the hub below. Visitors can reach the summit with a 30-minute hike and then go on to explore the jungle areas. The hike can take 1.5 to 2 hours and is best done early in the morning to avoid the heat. Visitors will come across wildlife such as nine-banded armadillos, sloths, deer, and Geoffroy’s tamarins. Ornithology aficionados will enjoy identifying the 39 different bird species that visit the hill.

The hike is best done early morning to avoid due to Panama City’s heat and humidity and the afternoon tropical showers April-mid December.The gates are usually open from 6AM-6PM. It takes about 1.5-2 hours to go up and down. Once at the top make sure to check out the views of Panama City and of the Panama Canal/Bridge of the Americas.

This unique bridge is a  kind of boardwalk in Panama City. Four islands lie close to the Pacific entrance to the Panama Canal, named Naos, Perico, Culebra and Flamenco.  These islands were joined together by a causeway constructed with some of the material excavated during the building of the Panama Canal, and eventually the US military build several facilities here to protect the Canal. After the islands and the causeway were handed to the Panamanian government, they became a popular recreation spot for the locals, with restaurants, bars and marinas following soon. Nowadays, it’s common to see people walking, jogging and cycling the causeway, enjoying the views of Panama City’s skyline and its bay. It has a good selection of national and international restaurants, nightclubs and the famous Biodiversity Museum. Terrific views of Panama City and the Bridge of the Americas can be seen from here. The Metropolitan National Park, created in 1985, is 10 minutes from Panama City centre , and is actually well within the city limits. The park covers 265 hectares. To reach the park take the Ricardo J. Alfaro Avenue (Tumba Muerto) and just off the Juan Pablo II Ave. or Camino de la Amistad you get to the Visitor’s Centre in the Park.

Alongside the Panama Canal, the Park is a Tropical Forest populated by birds, butterflies and small mammals. arque Natural Metropolitano (Metropolitan National Park) Tours
This amazingly accessible park claims to be Latin America’s only municipal wildlife reserve, draped luxuriantly across 232 hectares (573 acres) in the city center. Though not exactly pristine (it was a key staging area the 1989 US invasion), it remains a remarkably well-preserved dry tropical forest, one of the world’s most threatened biomes, walking distance from the modern city.

Lots of trials in the park to wander 4km along the Curundo River and up Mirador Cerro Cedro (150m/492ft), the second highest spot in the city. The park is teeming with wildlife including Squirrel monkeys (mono titis), two- and three-toed sloths, coatis, green iguanas, toucans, and many other animals call the park home.

Some of the tree species that you can admire here are the wild cashew, luehea semannii, gumbo-limbo, guanacaste and yellow mombin, amongst others.

Some of the birds nesting here include the broad-winged hawk, the orange-chinned parakeet, the dusky antbird and the blue-grey tanager, and some of the mammals living in this beautiful location are the brown-throated sloth, geoffroy’s tamarin (Mono Titi) also known as the Panamanian, the white-nosed coati, the Central American agouti, and four species of bat.

There are two great lookout points in the park:

Los Caobos lookout point, 140 meters above sea level where you can see El Dorado shopping area and two other national parks connected to the Metropolitan Park: the Soberania National Park and the Camino de Cruces.

Cerro Cedro lookout point, which is the highest point in the park and the 2nd highest point in Panama City at 150 meters above sea level, where you can see the Causeway, Taboga Island, the Panama Canal Pacific side, the Bridge of the Americas, and Ancon Hill.

English guide: USD 5 per person in the group. Reservation required 24hrs in advance.

The Park also offers a unique experience for nature lovers and bird watchers alike. You can ask to be onboard the canopy crane, set up by the Smithsonian Tropical Research Institute in Panama to study this tropical forest canopy, and meet the highest part of the forest. The crane is about 35 meters high and operates with a radius of 40 meters; this allows you to see about 180,000 cubic meters of forest and one of the best views of Panama City. This will need to be booked in advance and it is only available for 5 people at the time (four + one guide). This is quoted in case by case bases depending on the day, hour and group size but the average price is USD 100 per person and it includes a 50 minute tour on the crane + two hour guided tour of the park trails. You might also get different price offers from tour operators. one of the top tourist attraction in Panama is to visit Bocas del Toro which is a small collection of islands in the Northern side. Surrounded by the rainforests and blue Caribbean ocean, it is a favorite spot for scuba divers. Red Frog Beach  is considered to one of the best beaches in Panama.